* This site is intended for people of 18 years or older.

The demo version is now available on DLSite.com! 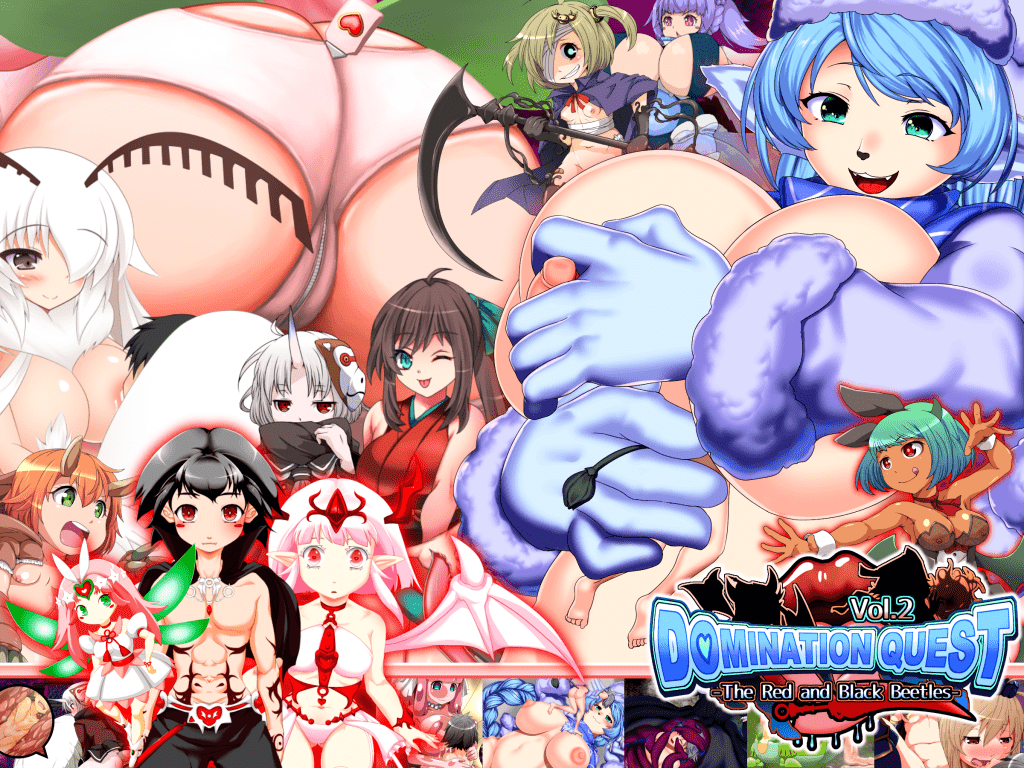 Domination Quest will conclude in Vol.2.

This is an RPG to take wild monster girls into your party on your adventure.
The protagonist, Kuro, is a boy of a rare race called "Dominator" that has the power to control monster girls.
He had lived peacefully with an albino succubus girl named Shiro in a house deep in a forest, but one day that lifestyle had to end, necessitated to set out on a journey as an adventurer.
There are a variety of game features. For example: unique passive skills activated with higher "Trust" with allies, "Gem Combining System"(crafting weapons), a mini game like an obstacle race etc.
"Domination Quest" is a quarter-view orthodox RPG supporting keyboard, gamepad and mouse input.
* The maps are rendered in 3D. Requires a PC adequate for 3D games.


* The symbol following the name is the character's size.

* Click on an image to view a larger version.