* This site is intended for people of 18 years or older.

For all those experiencing trouble downloading the latest version. We contacted DLsite and they confirmed there was a problem with the server caching which was causing customers to download ver 1.37 instead of ver 1.39. The problem has since been resolved, so we ask that you please clear your cache / cookies and try downloading the product once again. If by any chance you need further assistance, please contact DLsite via their support help desk. https://www.dlsite.com/ecchi-eng/helpdesk We thank you for your patronage and hope you continue to enjoy our products!

This is an RPG to take wild monster girls into your party on your adventure.

The protagonist, Kuro, is a boy of a rare race called "Dominator" that has the power to control monster girls.

He had lived peacefully with an albino succubus girl named Shiro in a house deep in a forest, but one day that lifestyle had to end, necessitated to set out on a journey as an adventurer.

There are more than 28 species of monster girls with over 80 H scenes, including teasing with fluffy tails, oppression by huge bodies, vore and so on, which are peculiar to monster girls.

Every monster girl in your party has animated walking sprites and at least 2 H scenes.

There are a variety of game features. For example: unique passive skills activated with higher "Trust" with allies, "Gem Combining System"(crafting weapons), a mini game like an obstacle race etc.

* The maps are rendered in 3D. Requires a PC adequate for 3D games. 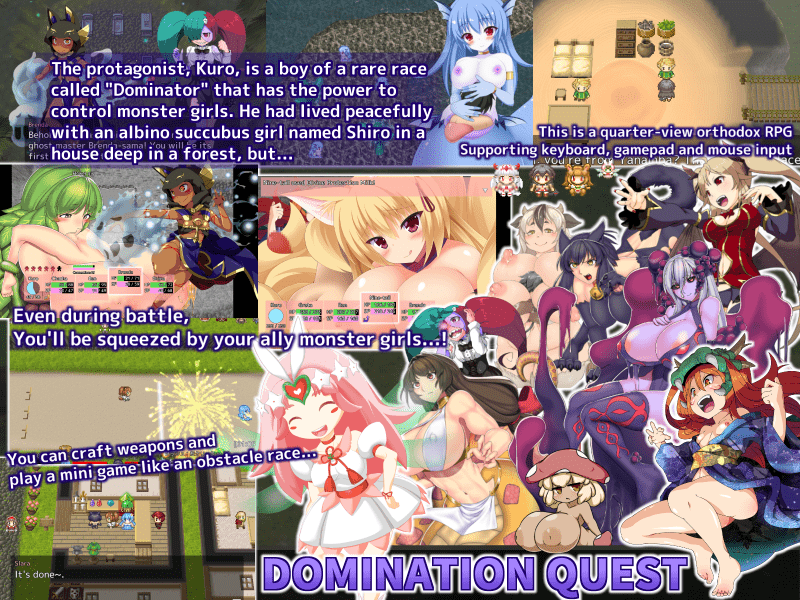 You can re-download the latest version of the game via the website you purchased it from. To transfer your save data, copy the ""save"" folder (located in the same directory as the game's .exe file) from the old version's folder and paste it into the new version's folder. 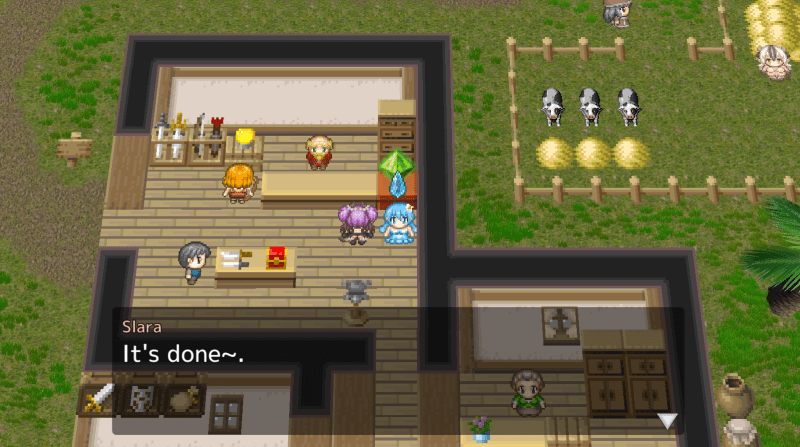